7 reasons to stay with us:

In the heart of Germany

A pampering programme which can take place in all weathers

Simply. Be. Happy! by RoLigio®

Highlights in the Harz

Tourist attractions in the Harz—a MUST for lovers of nature, art and culture

Enjoy the beautiful landscape, the art and the culture of the harz

Bad Sachsa is an attractive spa resort at the southern edge of Harz. When taking a walk through the beautiful town centre, with its cafés, restaurants and numerous recreational opportunities, you can enjoy your holiday in the southern Harz to the full. The centrally-located St. Nikolai-Kirche [St. Nikolai Church], with its 16th-century altar, is considered one of the more special attractions in Bad Sachsa. The Glasmuseum Bad Sachsa [Bad Sachsa Glass Museum] provides visitors with an insight into the history of forest glass in the southern Harz.

Situated in the heart of Germany, the Harz National Park—which crosses multiple state borders—protects and cultivates a unique low mountain landscape consisting of forests, moors and running waters. Numerous rare plant and animal species are to be found here.

The Harz National Park particularly captivates through the diversity of its natural environment. At the northern and southern edges, you can find extended beech forests, which tempt visitors out on a hike in spring and autumn in particular. In the higher altitudes of the Harz, dominated by the summit of the Brocken, the landscape is defined by moors, spruce forests and rocks. The moors in the Upper Harz are considered among the most impressive and most intact in Germany. Plank bridges offer our visitors an insight into the extreme habitat of the upland moor, with its highly-specialised plants such as peat moss and sundew.

In the higher-altitude spruce forests, the forest floor is often carpeted with a thick, knee-high layer of lush green. Thick cushions of moss and bizarre lichen crusts grow here as a result of the high air humidity, covering the trees on either side of the path. On the other hand, the rock formations and large blocks of stone which are strewn about the landscape—seas of stone—make an impressive sight due to their bareness. Water played and continues to play a decisive role all throughout the Harz. In earlier times, it was used on a large scale for mining. Today, it is increasingly being used for the good of nature. It flows down to the valley in semi-natural streams and offers a habitat for many animals, e.g. black storks or dippers. 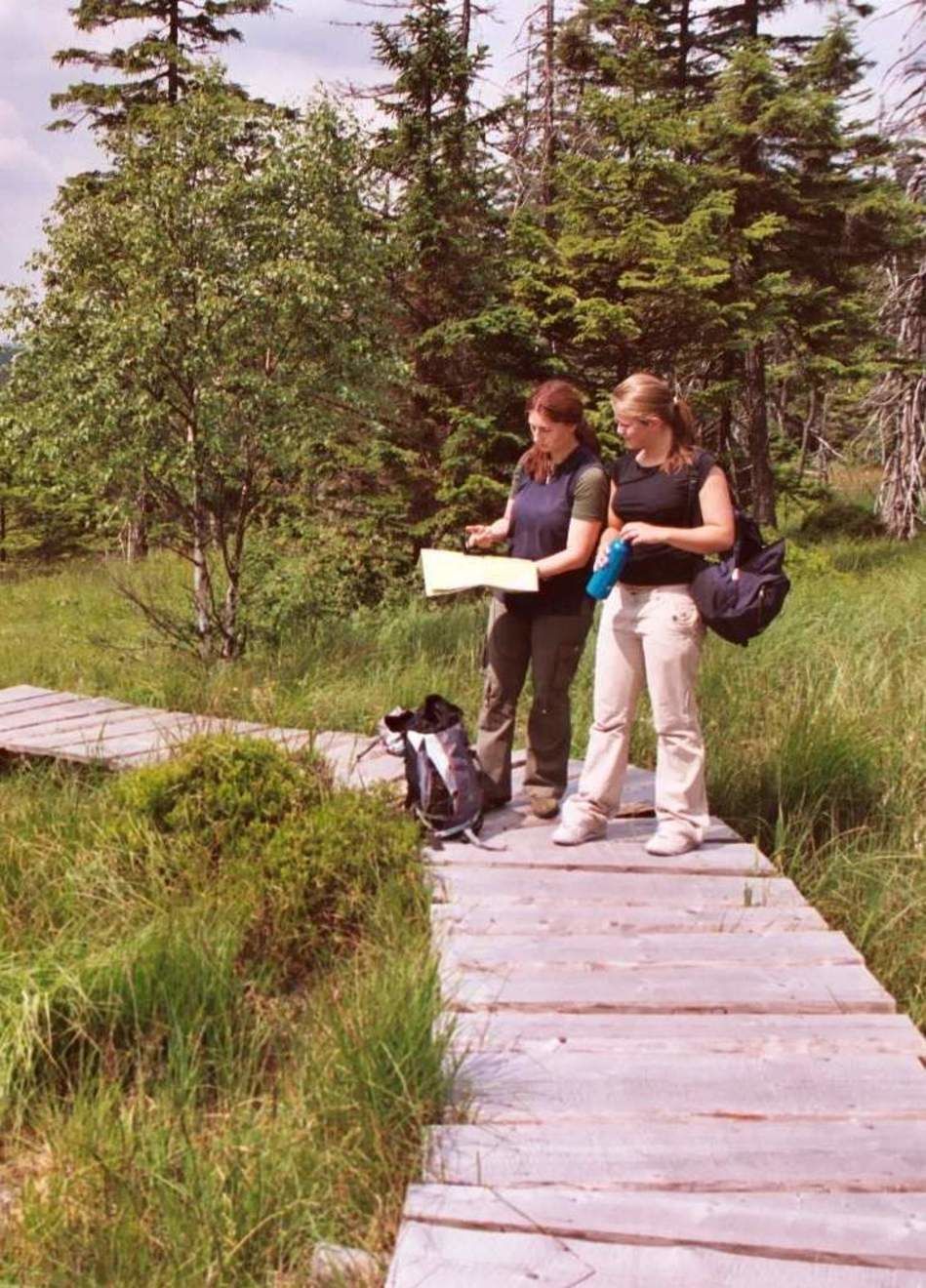 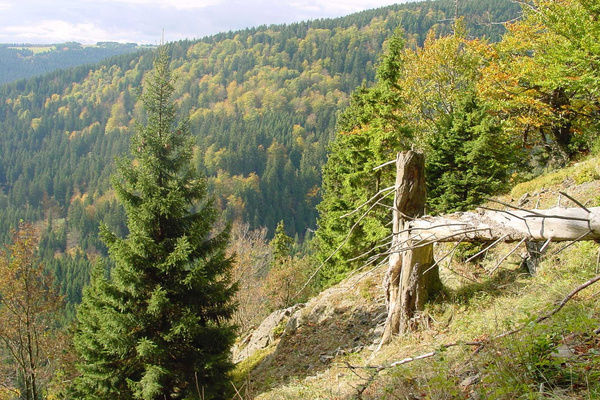 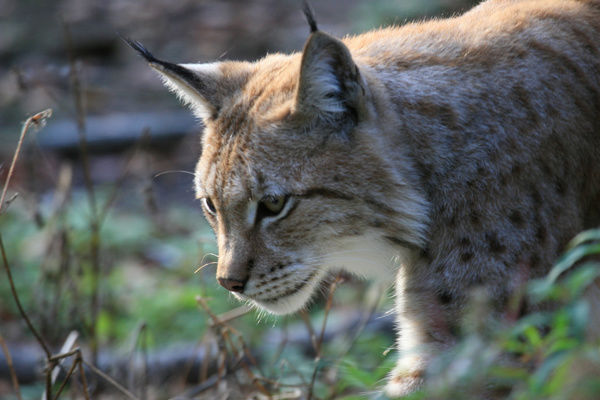 The Harz National Park has something to offer in all seasons and weather. In summer, the restaurants located within the national park invite those out on a hiking tour to stay and linger a while. However, the landscape also has its charm in foggy weather in autumn—maybe you feel like taking part in a guided hike with a ranger? In the rustic mountain spruce forests of the Upper Harz and High Harz, you experience the feeling of having stepped into another world.

The rich nature of the national park, the deep valleys and ravines, as well as the stimulating climate typical to the Harz form a fantastic foundation on which to enjoy a restful and exciting holiday—come and visit!

Experience over seven hundred years of half-timbered buildings first hand. Dive into more than one thousand years of German history. You can wonder at numerous historic sights on a stroll through the medieval town.

The Schloßberg collegiate church, Münzenberg monastery, old town and the historic new town all come together to form a piece of artwork with rare cohesion.

The Goslar old town, as well as the former Rammelsberg ore mine on the southern outskirts of the town, are UNESCO world heritage sites.

Particularly worth a visit are: the Goslarer Museum [Goslar Museum], with its Romanesque Krodo Altar from the former Goslar cathedral, the Museum des späten Mittelalters [Museum of the Late Middle Ages] (in the Zwinger courtyard), the town archives, and the numerous churches and monuments.

A very special experience can be had in using the Burgberg cable car to travel up the Großer Burgberg hill. At an altitude of 482.80 m, visitors can view the Canossasäule [a monument erected during a period of particular friction between the German Empire and the Vatican] and the ruins of Harzburg Castle which are to be found at the top.

Blankenburg – the flower town of the Harz

If you go on an excursion to Blankenburg, on no account should you miss the opportunity to visit the baroque castle gardens, the Großes Schloss [Large Castle], the Teufelsmauer [Devil’s Wall], the Burg und Festung Regenstein [Regenstein Castle and Fortress], and the Kloster Michaelstein [Michaelstein Monastery].

An excursion to the “Blauer See” [Blue Lake] and the sandstone caves is also recommended, as is a trip with the Rübelandbahn [Rübeland Railway].

Leave all your cares behind with a ramble through the modern, state-recognised Kneipp spa. Bad Lauterberg is a central starting point for cultural events and museum visits. Four museums invite you on cultural experiences.

Numerous concerts and presentations, as well as the surrounding Harz culture and museums, are the perfect way to round off your day trip.

Experience over seven hundred years of half-timbered buildings first hand. Dive into more than one thousand years of German history. You can wonder at numerous historic sights on a stroll through the medieval town.

The Schloßberg collegiate church, Münzenberg monastery, old town and the historic new town all come together to form a piece of artwork with rare cohesion.

The town of Nordhausen—the “Thuringian gate to the Harz”—is worth a visit. An extensive variety of art and culture lend the town a very special charm. Take a trip with a steam locomotive to the legendary Brocken.

You can also view the attractions on offer up close and personal with a guided tour of the town.

Halberstadt – the gateway to the Harz

A visit to the over 1200-year-old former diocesan town of Halberstadt is definitely worth your while. It is located approx. 63 km from Bad Sachsa. The cathedral, Liebfrauenkirche [Church of our Lady] and Martinikirche [St. Martini Church] are visible from afar. The cathedral treasure, dating from the 5th to the 18th century is among the top attractions the town has to offer.

For those who love half-timbered buildings, a stroll through the historic old town is to be recommended at all costs.

Active in winter
back to: Culture & Sport
Active in summer
Schließen
Search
Search